But the fact is, if your mental capacity is diminished, you are unlikely to be aware of it.

For will writers, establishing the mental capacity of their client and being sure that they meet the requirements of writing a valid will are the most important part of their role. And of course, this is often more important when a client is elderly or seriously ill. 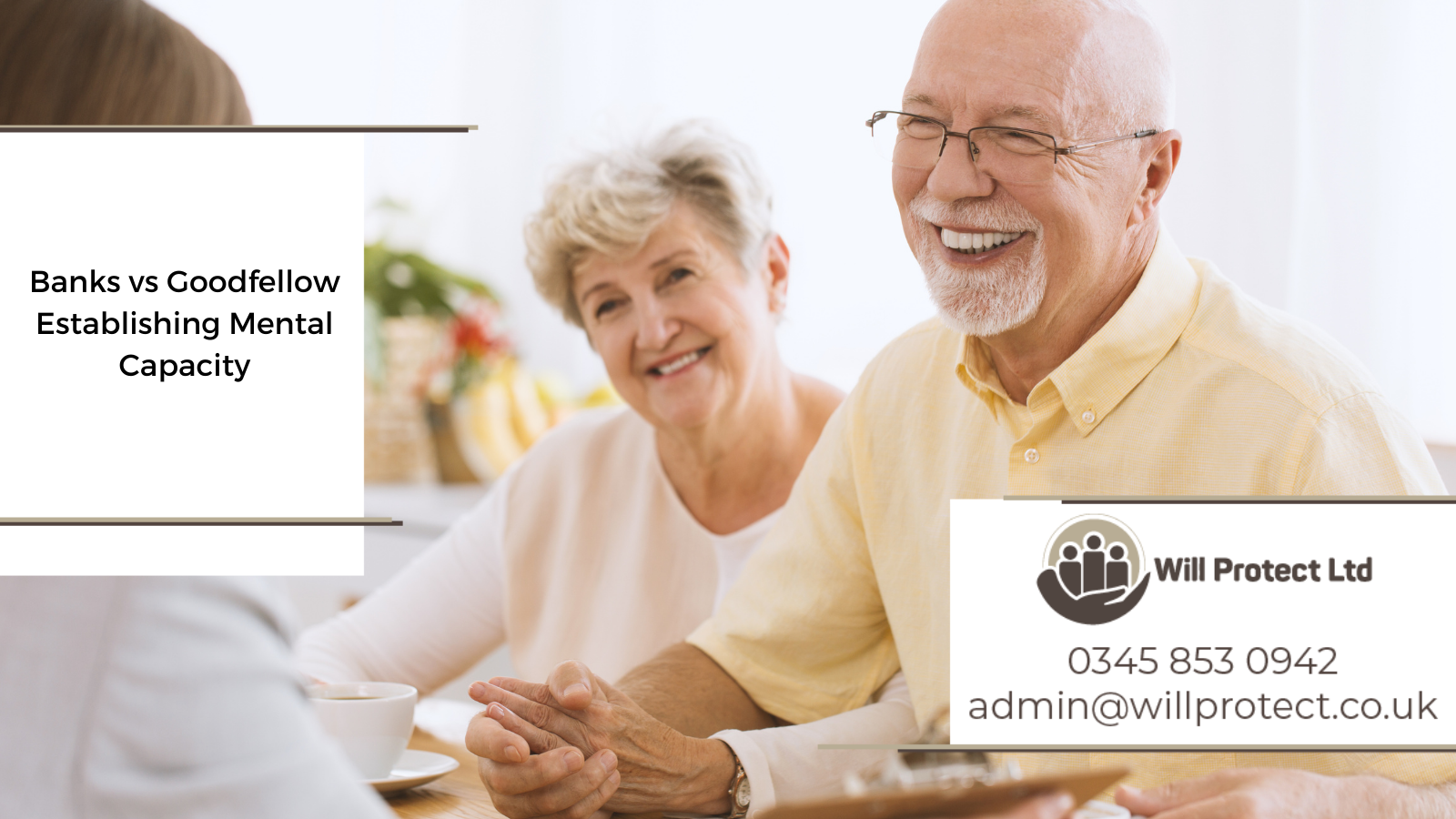 banks vs Goodfellow was a case brought in 1870 on the basis that John Banks did not have the mental capacity to understand the implications of his decisions laid out in his will.

John Banks, the testator in Banks vs Goodfellow had significant mental health problems, including being confined to a mental hospital for some years. After his discharge, Banks continued to suffer from delusions, including a particular aversion to a man called Featherstone Alexander who he believed was persecuting him.

In his will, Banks left his estate to his niece, Margaret Goodfellow. He had lived with his niece after the death of his sister, Margaret’s mother. Margaret died two years after Banks at the age of 20. Margaret died intestate, meaning that she hadn’t written a will. In this case, her estate passed to her paternal half-brother, who was not related to John Banks.

John Banks Junior, the son of John Banks’ half-brother, contested the will on the grounds that Banks did not have the mental capacity to write a will.

In this case, it was found that John Banks’ will was valid, and despite suffering delusions, these did not influence his decision regarding who should benefit from his estate.

The Banks vs Goodfellow test for Mental Capacity

This test provides three key pieces of information for the will writer, and which protect the will from challenge when it is executed:

A rule of thumb is that the person writing the will must understand the how what and who of their will.

*testator: a person who has made a will or given a legacy

The position of the Mental capacity Act in relation to Banks vs Goodfellows has remained relatively untested until the 2014 case Walker vs Badmin. in this case Badmin was found to have mental capacity, and the will was upheld. In this case the judge, Strauss LJ considered that the Mental Capacity Act test is more difficult to satisfy than Banks vs Goodfellows for several reasons:

Mental Capacity and what it all Means….

In his deliberations during the Walker vs Badmin case, Strauss LJ took the view that the Mental Capacity Act 2005 was not suitable as a tool for the courts to use to establish the mental capacity of deceased testators.

What that means is that hi judicial statement clarifies the position of Banks vs Goodfellows as the most suitable test to establish testamentary capacity.

To protect a will against challenge on the grounds of diminished mental capacity the Banks vs Goodfellows test can be conducted during the process of writing a will. Including the test in a will means that should a challenge be made, the person contesting a will, upon whom the burden of proof falls under Banks vs Goodfellows, must prove that the test that established mental capacity in the first place is invalid, and would prove to be exceptionally difficult to do.

To find out how we apply Banks vs Goodfellows to your will to establish mental capacity, get in touch today